Despite significant debate about the efficacy, ideology, and ethics of the method, condom social marketing (CSM) has become the dominant approach to AIDS education in many sub‐Saharan African countries. However, critics have charged that social marketing (SM) distracts from the structural determinants of health‐related behavior and excludes genuine community participation. This article argues that the diffusion of SM techniques in Africa is not driven by demonstrated efficacy but is attributable to the promotion of privatization and free markets in the structural adjustment era across the region. The CSM experience in a central Mozambican community reveals the dangers of using the method at the expense of community dialogue and participation to confront the AIDS epidemic. The advertising campaign developed to sell condoms has clashed with Pentecostal and Independent Churches, now a majority of the population, that have expanded rapidly across the region spreading a contrasting message about sexuality and risky behavior, [social marketing, Pentecostal, African Independent Church, Mozambique, AIDS] 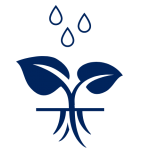 Learn more about HAI’s Annual Campaign and read stories of growth and hope from 2020 by clicking the icon above.

« Back to Publication Library