With cries of “this time is different”, millions have poured into the streets across the United States to protest the police murder of George Floyd, and so many Black men and women before him. As the demonstrations have grown and faced a violent police response, they have transformed into a rebellion against racism, militarism, and authoritarianism around the world. HAI stands in solidarity with these protests. But we do so with great humility, to honor the Black Lives Matter organizers, community leaders, and generations of activists who have led the struggle for racial justice, dignity, and police accountability. We join them in mourning the deaths and calls for justice in the murders of George Floyd, Breonna Taylor, Ahmaud Abrey, Trayvon Martin, Tamir Rice, Michael Brown, Eric Garner, Philando Castile and the countless others whose names have not appeared in headlines. Closer to home, we join community activists in demanding justice in the police killings of Charleena Lyles, John T. Williams, Che Taylor, Manuel Ellis, Malik Williams, and the many others victimized over recent years in Seattle and Washington State. We must support and march with those leaders and activists who have sacrificed and risked their lives to bring justice for all.

The public health community has now recognized law enforcement violence and racism in our criminal justice system as a public health crisis. The legacy of colonialism and its racist underpinnings frame health challenges across the Global South. Health Alliance International has spent more than 30 years as a leader in the fight for equity in health in global health and in the United States. HAI leads with our values. It is what brings our community of supporters together. If this time is truly to be different, the wave of protests must transform into sustained long-term organized activism and action to end police brutality, structural violence, and inequality. Statements of solidarity are not enough.

As a starting point, HAI has endorsed:

In the critical weeks, and months ahead, HAI will join others in channeling grief and anger into anti-racist organizing to not only confront police violence, but to fight for health-for-all through strong public sector health systems in the United States and the Global South.

The following links include local (Seattle) and national efforts to end police violence; rechannel funding to health, education, and social service; and build and sustain an anti-racist movement across the United States:

Several HAI staff, board members, and volunteers have been attending demonstrations in Seattle, WA since late May.  They shared the following images of their experience. 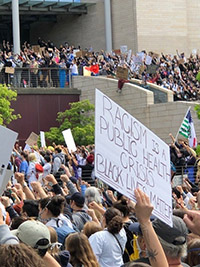 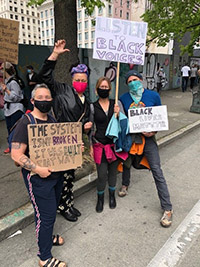 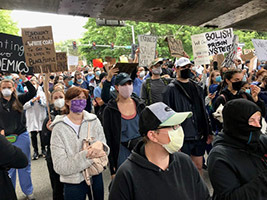 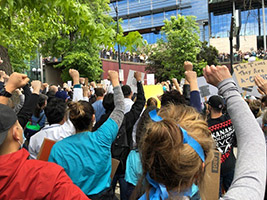 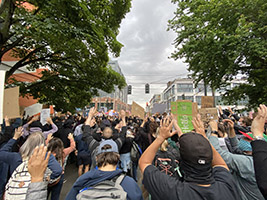 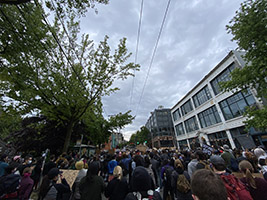 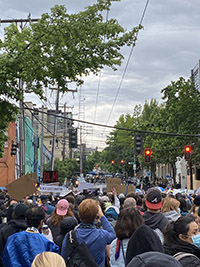 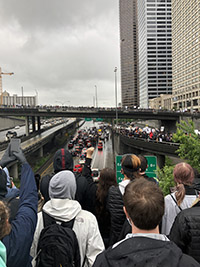 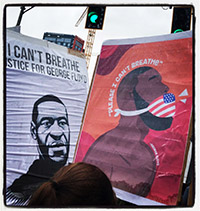 Feedback to Chief Best’s statement about the murder of Mr. George Floyd, by Ahoua Koné

Learn more about HAI’s activist history and our work advocating for health and human rights.