In honor of World Tuberculosis Day, we asked Dr. James Cowan, HAI’s Technical Advisor for Operations Research and Implementation Science, to give his perspective on tuberculosis and describe some of the joint work that HAI is conducting in partnership with the Mozambique National Tuberculosis Program.

The global impact of tuberculosis is staggering.  Currently, more than 2 billion people have a latent form of tuberculosis, and each year an estimated 9 million will develop active disease. TB remains largely a disease of poverty, and the HIV epidemic has fueled a resurgence in sub-Saharan Africa over the past two decades. Tuberculosis is the leading cause of death and morbidity for people living with HIV (more than 25 million in sub-Saharan Africa), which underscores the imperative to integrate health delivery systems while ensuring effective front-line diagnostics and response.

Despite recent advances in new, sophisticated diagnostics, improved treatment regimens and novel antibiotics for drug resistant TB, major challenges remain in extending these improvements in countries lacking strong health investment and infrastructure.  Currently in Mozambique, the primary laboratory test used to diagnose pulmonary TB (which was developed in 1882!) only detects ~40-50% of TB patients.

In Mozambique, where HAI has partnered with the Ministry of Health for more than 25 years, HAI is currently working with the Mozambican National Tuberculosis Program (NTP) to implement several joint projects to better understand the TB epidemic in the Mozambican context and to strengthen the integrated HIV/TB health care delivery system. 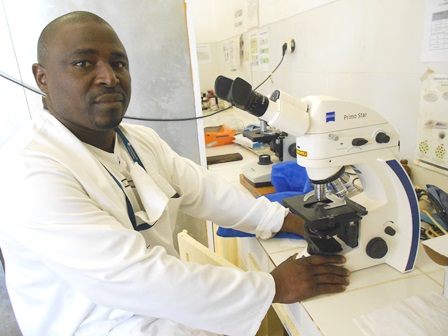 HAI and the NTP are in the process of piloting and scaling-up a new rapid diagnostic test called GeneXpert MTB/RIF.  Not only does this new microscope-based diagnostic test increase detection of TB patients to 80-90%, but it also enables detection of drug-resistant forms of TB (MDR-TB), previously not possible through microscopy.

However, detection is just the first step to reversing the tuberculosis epidemic in Mozambique.  HAI and the Mozambique NTP are also working to increase the test-to-treatment response rate in Mozambique with the help of mobile phone technology.  Through the development and implementation of a GeneXpert-mHealth connectivity system called GxAlert, positive TB test results can be rapidly uploaded to key NTP officials to ensure speedy linkages to treatment and better monitoring of patients.  GxAlert will also help produce better data on tuberculosis in Mozambique which can be used to create an even stronger impact in the future.

For more information on HAI’s work in tuberculosis and with the Mozambican National Tuberculosis Program, please visit our Mozambique page.