The road has been long. Your back aches.

Clinic to clinic, you have traveled great distances, pregnant, to find a care center that offers HIV testing. Your midwife has confirmed that the baby is healthy, but are you? You finally arrive at a clinic that provides the testing you need. But, after your blood is drawn, you are told to come back in a few weeks to receive your test results. Your heart sinks. Hours later, you arrive home. You are exhausted. You contemplate whether or not you have the energy to leave your family another day to embark on the same journey all over again. Possibly in different directions, probably to different clinics.

For many in Côte d’Ivoire, this used to be the reality. 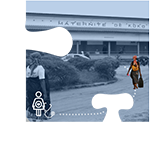 “Before HAI began working here, there were very few places to get treatment if you had HIV. Now we have care in every health facility. My daughter was born healthy, without HIV.” 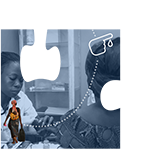 Due to an array of social, economic, and political upheavals, Côte d’Ivoire’s estimated HIV prevalence rose to more than 7% in 2000, giving it the highest HIV prevalence in West Africa for much of the first decade of the 21st century. One effective intervention implemented to reduce HIV rates globally is prevention of mother-to-child transmission of HIV (pMTCT) services. pMTCT is an intervention model wherein pregnant HIV-positive women are prescribed antiretroviral therapy during (and after) pregnancy and newborns are given a short course of antiretroviral medicines to prevent transmission of HIV from mother to child. Through the successful implementation of pMTCT, the chances that that the child of an HIV-positive individual will contract the virus can be reduced to below 5%.

However, before treatment can be administered, other steps such as patient identification, counseling, and viral monitoring (at that time) were required.  Unfortunately, care was often fractured and siloed in separate NGO or private clinics that specialize in HIV care. This meant that rather than receiving HIV testing and pMTCT services as an integrated part of their standard prenatal care package at their local health facility, pregnant individuals
seeking testing and treatment were referred to multiple clinics in order to access the full package of
prenatal services recommended by the WHO and embraced by the Ivoirian Government since 2007.

Sometimes as many as 8 visits to 5 different locations.

What’s more, barriers such as financial, logistical, and cultural obstacles could make receiving the entirety of the intervention incredibly challenging. “When we started, women had to go to many sources in order to get services, whether it’s the counseling, whether it’s the testing, whether it’s the laboratory analysis of their blood count,” explains Ahoua Koné, Former Director of Côte d’Ivoire Programs for Health Alliance International.

You can imagine that more than your back might ache. 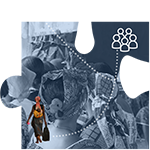 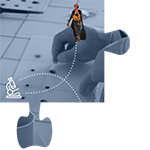 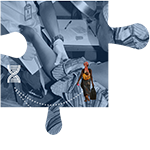 That is why in 2008, HAI partnered up with Côte d’Ivoire’s Ministry of Health and Public Hygiene (MSHP), UNICEF, and the US Centers for Disease Control & Prevention (CDC) to develop and implement a plan to integrate pMTCT into public sector antenatal care services. In just one year, HAI supported the MSHP to strengthen laboratory, procurement, and health management systems and began the cross training of nursing and midwifery staff that make pMTCT service integration possible.

Koné is proud of the work HAI has been able to do in Côte d’Ivoire, “We are able to get the woman at one site, the blood gets drawn, and the blood is taken by motorcycle to a laboratory to be analyzed, and the result comes back to where the woman is seen by her doctor or her provider, and she is getting her result there.”

Notably, the integration model embraced early by HAI, became a standard pMTCT implementation model throughout the country, meaning Ivoirians from coastal Abidjan to Korhogo in the North could make fewer, shorter trips to receive coordinated, comprehensive care. Between 2008 and 2020, HAI has helped integrate and improve pMTCT service delivery at more than 300 facilities across six regions of Côte d’Ivoire. This has led to integrated HIV testing and counseling of 800,000 pregnant women and prevented an estimated 5,500+ new infant infections.

“I think that having that one center, where the woman is getting the broad service that she needs, I think that to me is a key example of the kind of work that we have been able to do in Côte d’Ivoire.” 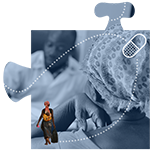 Despite increased integrated pMTCT services, there are still many barriers that may be encountered during the prenatal journey. You may continue to wonder whether you have the energy and support you need to push forward.  This is why HAI also works alongside community-based organizations that focus on building and maintaining connections between patients and health centers.  With community-based support, some of the load is lifted off of women’s shoulders, as they are assisted in their journey toward integrated care that changes lives. 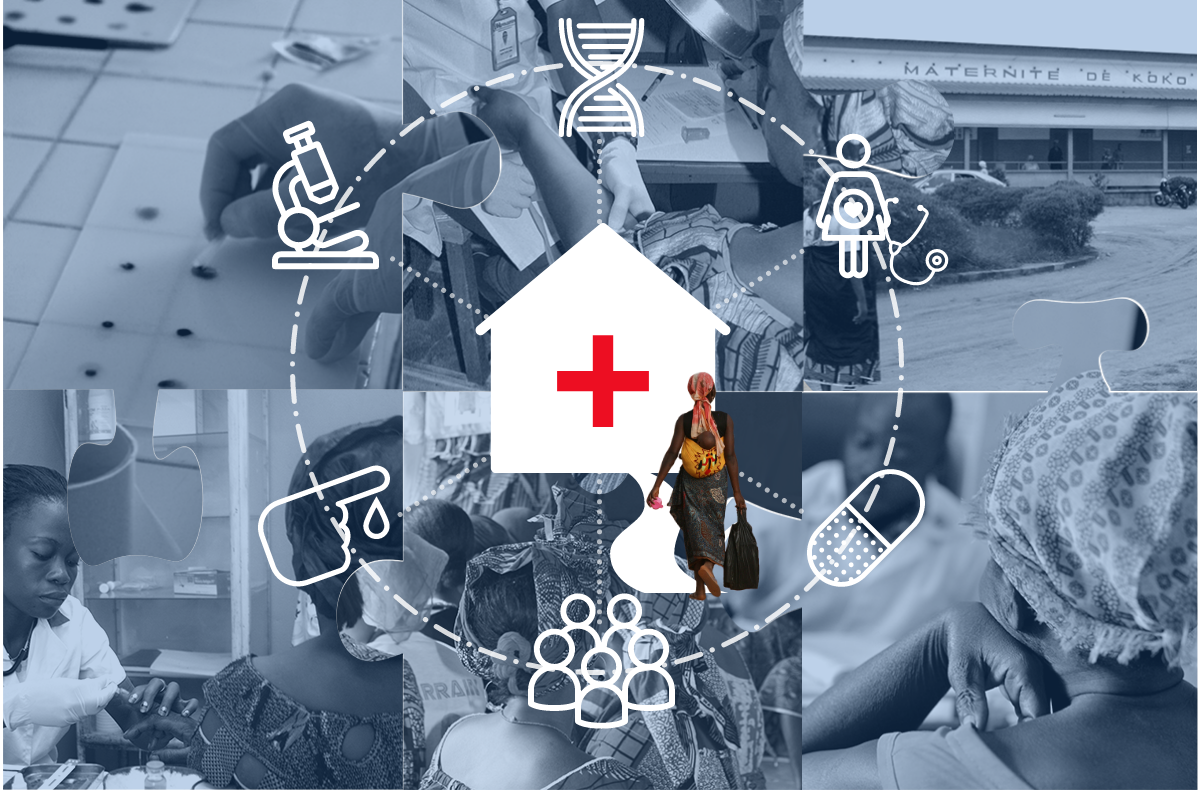 Without care integration, accessing comprehensive health services can be like putting together a complicated puzzle, leaving patients scrambling to put together the pieces of their care plan. Through integrating services and improving patient flow, HAI works to streamline and strengthen public sector health systems where we work.  Why? Fewer trips save people time, money and patience so they can focus on getting quality care, instead of how to get from here to there.

Learn more about HAI’s work in:

*A pseudonym has been used to protect Edith‘s identity.